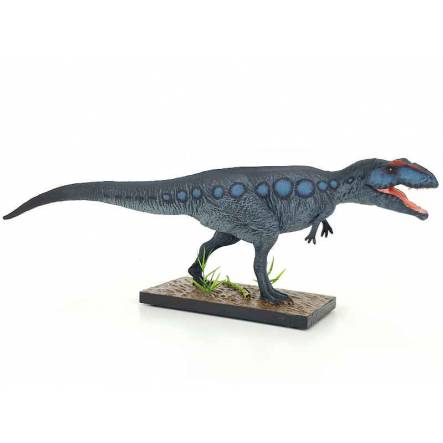 Repaint
Beautiful detailed and scientific accurate figure of the theropod Dinosaur Giganotosaurus carolinii.
The Figure is lovingly repainted and put on a 'muddy' base.
The lower jaw is fixed.

Giganotosaurus lived during the cretaceous period - around 100 - 96 million years ago - in what is now Argentinia. This meat eating Theropod could grow to lenghts of 13 meter and could reach a weight of up to 8 tons. Giganotosaurus was one of the biggest known terrestrial predatory Dinosaurs in Earth's history.