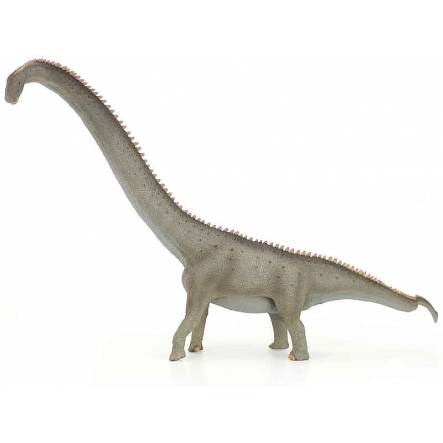 Deluxe Toy Figure of the sauropod dinosaur Mamenchisaurus.
The figure depicts a small club at the end of the tail suggested by unusual and fused vertebrae found at the tip of the tail of one fossil specimen.

Scale:
aproxx. 1:50
CollectA states the scale with 1:100, so the living animal would measure 52 m in length. I havn't found a source that stated the maximus length of Mamenchisaurus of 52 m.